skip to main | skip to sidebar

As racialized and migrant women, we are outraged by the slanderous, xenophobic and racist propaganda that is being expressed in the debate about "reasonable accommodation".

We assert our ability, as subjects not objects, to exercise our own capacity to self-determine our lives; we reject the repeatedly paternalistic, and fundamentally misogynist, discourse about the State that will supposedly save us from our own cultures.

We assert that such a discourse is both racist and sexist. It is racist, because it perpetuates the idea that our cultures are fundamentally backwards and cruel, in contrast with white Western culture, which is seen as the ultimate achievement of civilization. It is sexist because it derives from ideas that render women childlike, or viewed as simple victims incapable of struggling for their own wellbeing.

This idea of “civilization” is intrinsically linked to the colonial mentality that led to the genocide of the indigenous peoples of the Americas. It is a genocide that persists when, by way of example, the disappearance of more than five-hundred indigenous women in Canada continues to be treated with contempt and indifference.

We reject the mass media’s simplistic and reductive conception of women’s “rights”. While we actively assert our "right" to freedom, safety and dignity as articulated in the traditional paradigm of "human rights", we also assert our "right" to the expression of our cultural and religious identities.

We celebrate the diversity and dynamism of our cultures and our identities – including our different sexual orientations as queer, lesbian, trans, straight, or other forms of self-identification -- and refuse the simplistic caricatures that reduce our multiple communities to homogeneous and uncontested representations of a monolithic tradition.

In this respect, we reassert the dynamic nature of the various manifestations of our beliefs or cultural identities, which express themselves within a larger social and political context.

In particular, we observe that the analysis of the oppression of women and gender inequality, as expressed in the mass media, as strictly a phenomenon internal to religions, explicitly ignores the external, universal systems of patriarchy and sexism which all women face, while also definitively homogenizing religion.

We denounce the role of the State and its structures in the marginalization of racialized and migrant women, whether they are religious or not.

The actions of the State and the capitalism contribute to making the status of migrant women more precarious by increasing the barriers to obtaining legal status through various forms of systemic discrimination, and increasing the vulnerability of women by their criminalization.

We also denounce the complicity of the imperialist feminist discourse which, under the cover of supposed solidarity, imposes Eurocentric and assimilationist ideas about gender equality. We are critical of the dominant feminist paradigm that privileges the choices of Western women as the sole path towards liberation, despite the overpowering reality of daily sexism that Western women face.

We are conscious of the way in which this discourse continues to be manipulated and used by pro-war, anti-immigrant proponents. We recognize the historical continuity of the appropriation and manipulation of feminist discourse by colonial and imperialist movements throughout the world.

However, we are not supporters of cultural relativism that tends to justify oppressive and unjust practices in the name of the "difference". We remain vigilant so that the freedom of religion does not prevent us from fighting actively against oppression.

To show true solidarity, we must listen to the women that we claim to support in their struggle, and we must understand that we occupy different positions of privilege and power.

To do this, we must actively fight against the dehumanization of racialized and faith communities, and against the victimization of women. We must support the women who are on the frontlines of their own struggles for liberation, and subjects, not objects, of their own transformation. We must engage in this process not motivated by pity or charity, but by a true sense of solidarity and respect. 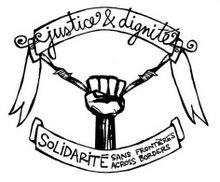 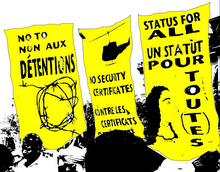 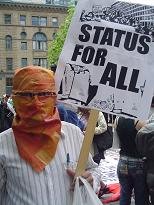 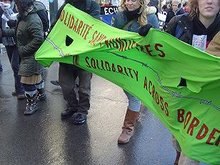 Solidarity Across Borders is a Montreal-based network of migrants, immigrants, refugees, and allies engaged in the struggle for justice and dignity for migrants and refugees. We mobilize for all who are caught in the immigration regime and for all who fight against deportations, detentions, and security certificates. 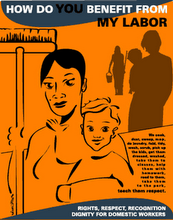 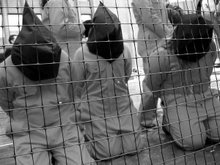 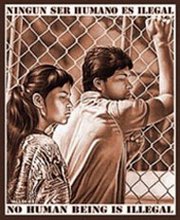 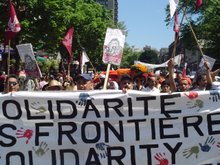 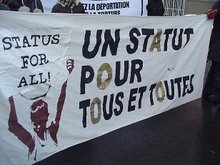 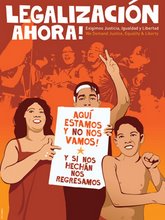 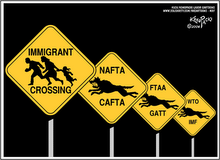